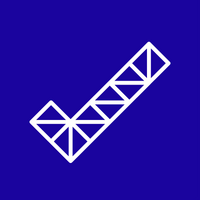 Vote Rev, formerly known as VoteTripling.org, is the behavioral design engine for voter engagement tactics. We design and quickly mainstream field-tested voter engagement innovations to help Democrats win. From 2016 to 2020, we developed and quickly mainstreamed a suite of elegant, user-friendly, and non-proprietary tactics that RCTs suggest yielded tens of thousands of net Democratic votes in 2020 swing states. One example is polling place vote tripling (PPVT). Dozens of major partners used it in 2020, including the Biden-Harris campaign, ultimately resulting in 94,000 canvasser-hours of PPVT that produced 1,100,000 relational conversations–for context, that’s 5x the 200,000 relational conversations the Biden campaign’s relational app produced. PPVT was featured in The Washington Post, The New Yorker, and The New York Times.

Our 2020 work served as a compelling ‘proof of concept’ that our PAC fills a clear need in the progressive ecosystem. Moving forward, we will work on problems beyond non-activist friend-to-friend voter turnout. Our 2021-2024 work will be a success if we design and mainstream one or more voter engagement innovations so widely that our work yields hundreds of thousands of net Democratic votes in the 2024 presidential election.

Note: Due to the nature of our work we are unable to hire any individuals who aren’t U.S. Citizens, Legal Permanent Residents (Green Card holders), or DACA recipients.